brendex
portfolio site
twitter
Welcome
From the Start
Context and Frameworks
Creativity Overview
The Complexity Stack
No One Will Stop You
You Can Do Anything But Not Everything
Pay To Win
Decision Making
Food
Diet and Food
Calories per Dollar
Why I Don't Drink
Pizza Masterclass
Bread Recipe
Work
Work Hours
Autonomy and Optionality
Pricing Your Work
The Many Types of Currencies
Ego and Arrogance
I've been a freelancer longer than any other thing in my life
Money
Crash Course
Why Money Exists
Modern Money
How I set up my finances
Investing
Spending Less or Earning More
Credit and Debt
Credit Scores
Buying a Car
Owning a Car is Expensive
How Net Worth Works
Hustling
Travel
Japan 2018
Europe 2019
Books and Summaries
The Timeless Way
Miscellaneous
Fitness + Lifting
Clothing
Photography and Cameras
Daily Schedule
Books and Reading
Fighting vs Winning
2018 Year in Review
Essays
Jack of All Trades, Master of None
The "Real" Me
You Need to Flail
On: Housing Costs
What do you do before you die?
Memento Mori
Different Efficiencies
In Memorium, Mini
PHD in Curiosity
#45 Fast Facts
#44 Whistlejacket
#16 School of Rock
Labour Day: a history
Working Theories
Disclaimer
Parasocial Relationships and Story
Cricut Settings and Notes
Cosplay Notes
Kayak Design Notes
Timelines (mostly personal use)
Seasonal tire changes
Powered by GitBook

This is an index of everything I know.

Why would I do this?

The number of times I've googled a question and found my own blog post, or forum thread or tweet from years ago describing that same problem (and sometimes an answer to myself) is shockingly high. The internet never forgets, but we do. Wouldn't it be interesting to have an off-brain version backup of everything we knew? Exactly, me too.

Also, I've been blogging and writing for years and years and it seems a shame that it's all very linear and disparate - it'd be nice if I could contain it all in one central place and simply use the magic of hyperlinks to make sense of everything.

Who is this for?

Primarily, me. Let's be honest. There will be things that are internally referenced to other parts of my own brain and I've somehow left the hyperlink trail cold for you, a random person reading this information. In advance: I'm sorry. But! Since this happens more than I'd like to admit, sometimes it's handy to have pre-recorded versions of advice or comments that you're going to tell to people and you can just link to them instead. So there's also that. It's not explicitly a tutorial or self-help or even particularly interesting index, but I hope that it being public does more good than harm, so it seems worth doing.

Everything here is subject to change. I am not obligated to be the same person, nor hold the same opinions as I did five minutes ago.

Unfortunately, in addition to opinions which are subjective, I might also be wrong about facts themselves - that's a real tragedy because we try our best to be knowledgeable and correct. But, it happens. I either know things wrong, or I've written them wrong, or you're reading them wrong. On the whole I'm not super concerned about it, but maybe tell me about the super egregious things.

This index will be outdated the second I hit 'save' on any given subject at any given time.

This index will be perpetually incomplete, until they invent a truly encompassing brain-dump method that isn't a written keyboard interface thing.

This index will contain snippets that mean to go somewhere and don't because I forgot to, didn't have the gumption to, or simply don't yet have an answer to; they're dots awaiting connections. Our goal in life is to collect the dots and connect the dots but we can't do both at the same time. A wiki tries to make a history of both those processes. Some of these opinions are bad for reasons of honesty, naivete, lack of understanding or lack of context. There aren't any content warnings, there shouldn't be much in the way of that stuff anyway, and on the whole I'm a 'strong opinions weakly held' sort of dot-collector - there's a lot of stuff I'll come around on, be able to further connect or otherwise gain insight / empathy for that will just make old stuff sort of cringey, that's what growing and learning is.

Stuff will be cringey. Oh well.

(see left menu and dive in)

Next
From the Start 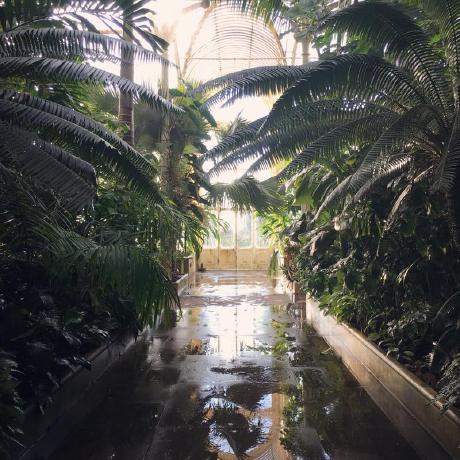 Last updated 2 years ago
Contents
Why would I do this?
Who is this for?
General disclaimer:
Let's go!